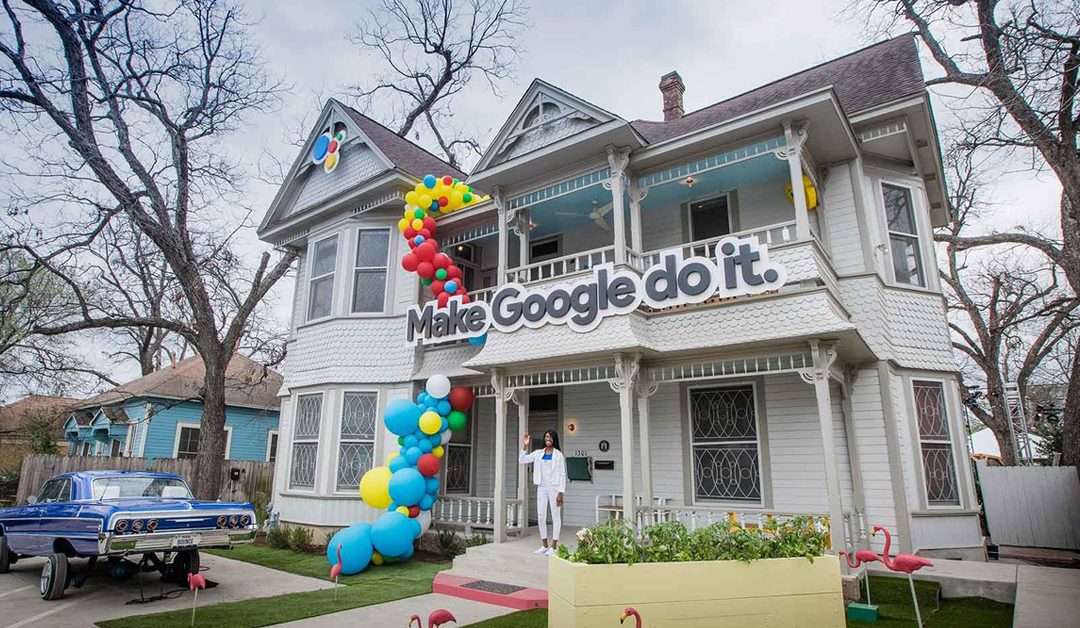 IoT Makes a Splash at South by Southwest

We’re living at a moment when the technology industry has come under considerable scrutiny, and the internet of things is no different. Not long ago, we marveled that Alexa could understand us, but today we seem to wonder more about whether she’s listening to the wrong things. Now, privacy and security steer the conversation.

All of this can make it easy to lose sight of the “enchantment” factor [1] of connected devices that drew us toward them in the first place.

That’s why this year’s South by Southwest festival was a breath of fresh air. Brands showed up in Austin, Texas to demonstrate creative takes on how internet of things technology could transform our lives for the better in the not-too-distant future.

The house the Valley built

Google, seeking to draw attention away from Amazon’s better-known voice technology, created an entire Google Assistant Fun House to demonstrate the appeal of adding intelligence to our homes. The company described it as “half immersive art installation, half smart home, full of voice-activated insanity that shifts the landscape around you.”

Strolling through the front garden, you might have heard a visitor say, “Hey Google, make the flamingos dance,” which set some pink lawn ornaments bobbing up and down. With a similar command directed toward a sprinkler system, visitors brought the conversation more down to Earth.

In the kitchen, meanwhile, visitors could use their voices to command household appliances to whip up a margarita — and then order some salt for the rim of the glass from a rotating spice rack. Upstairs, in the bedroom, visitors could ask a robotic arm to reorganize the sock drawer.

And with a “voice experiment” called Safari Mixer [2], visitors could describe an imaginary animal of their choosing to the Google Home assistant. The system would then create a visual representation of the creature and push an image to their smartphones.

If this all sounds whimsical, it’s because that was part of the point. Technical topics such as better encryption and getting different connected devices to share information over home networks might occupy the attention of professionals, but they don’t make the public sit up and take notice.

While little in the Fun House could pass as a commercial product, it definitely served to remind visitors that internet of things technology can be fun and have real-world utility.

Not to be outdone, at the Panasonic House, the electronics giant focused on showcasing smart home concepts to improve health and well-being.

Famileel, which looked like a small glowing orb, activated a connection to family when touched, making it easier to maintain connections across long distances. The Oni Robot made Japanese onigiri rice snacks from scratch at the touch of a button.

Kronosys, an internet of things and augmented reality hybrid product, took the form of a pair of sleek spectacles, and inevitably brought to mind memories of Google Glass. The idea is to help restaurants train staff by giving video and audio instructions, and even help monitor cooking times and oven temperatures as they prepare a meal.

The overall concept for the Panasonic House was “a home that fuels your creativity,” and the company took this concept further by integrating its Scratch programming language into the devices. This allows even non-technical smart home owners to program devices themselves, giving them a hand in designing their own connected environments.

Together, the innovations at South by Southwest remind us that despite current skepticism about connected devices, there’s plenty of fun to be had for those who look. And as seen in several of the smart home examples such as Safari Mixer, voice interaction can often work together with screens as just one way to interact with internet of things technology.