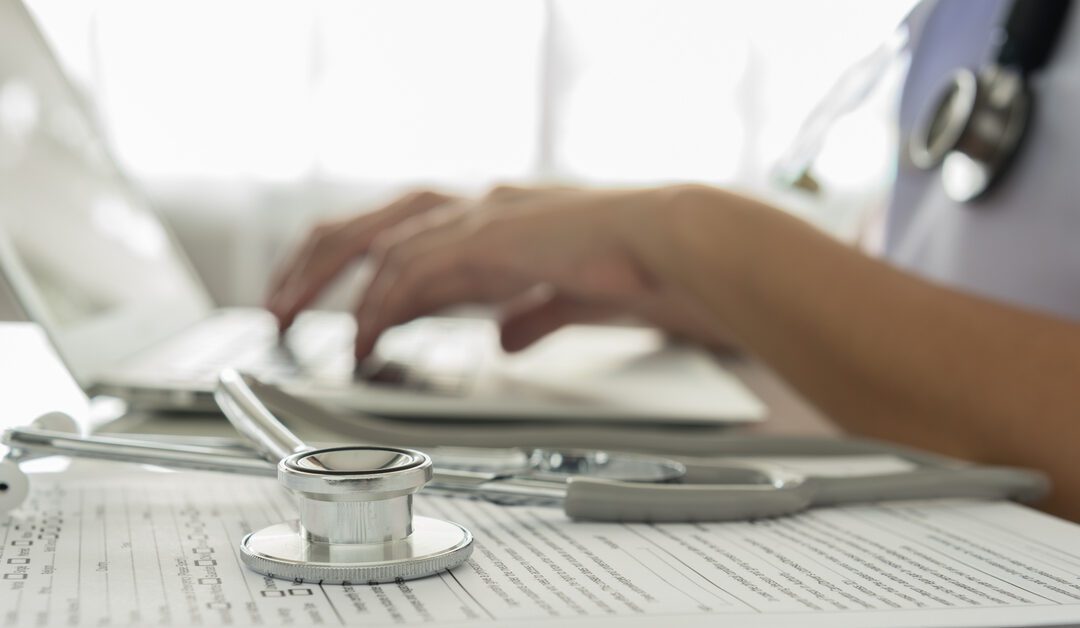 Paper medical charts used to contain records of all relevant medical events for a patient. This usually included demographics, growth landmarks, illnesses, medications, and treatments. The charts were frequently written in unstructured free text by physicians, nurses, and lab technicians.

During the 1990s, as computers became affordable, electronic records began replacing paper ones.

Although EHR systems proved revolutionary in terms of accuracy and security, their rollout was far from perfect. Everyday tasks such as ordering tests and prescribing medications could now take several minutes because doctors had to go through several pages of pre-filled options.

A poll from March 2018 reported that although doctors found the EHR system an improvement over paper charts, they spent about 62% of the time devoted to a patient loading medical data to the system.

The interfaces were not only clunky; they could also be dangerous. In 2016, the American Medical Association ran a test across ten hospitals operated by MedStar Health (which use two large EHR systems that account for 54% of the acute care hospital market). Some of the usability flaws they discovered would frequently result in dosage mistakes.

Fortunately, EHRs are now beginning to garner the power of artificial intelligence (AI). Unlike traditional systems, AI can create predictive models by leveraging both structured and unstructured data.

Researchers have discovered that AI can use real-world examples and known outcomes to advance health services. For example, machine learning can automatically assess the risk to a patient suffering from sepsis (a potentially life-threatening condition) by consistently measuring their blood pressure, pulse, and temperature.

Cognitive computing can develop over time using additional information, so AI systems are continually improving. AI can also help physicians by acting as a digital scribe. Instead of doctors spending most of an appointment typing their medical assessments on a computer, they can let the machine learning algorithms parse the conversation and fill in the relevant information in an EHR.

By centralising a patient’s information, EHRs have provided better visibility to medical histories and streamlined communication between different actors. The majority of hospitals today use EHRs that can integrate with other systems and feed AI efforts.

EHRs have proven beneficial when compared to paper charts. However, for them to remain a useful asset, providers need to take special care to guarantee patient privacy – in particular, monitoring the ease with which patients can access their records. As EHRs become easier to share, the risk of data breach and loss of consumer trust rises.

Providers should conduct cyber threat assessments to detect security gaps in the system. These can include (but are not limited to) internal segmentation firewalls, encryption, and endpoint protection. At the same time, employees also need to be educated to make sure they follow protocol when sharing information about patient records.

Considerations for an EHR redesign

Despite its broad usage, EHRs still have challenges that need to be addressed. Users have reported frustration with the interface and limited operability between systems. Simultaneously, the medical community has had to face unprecedented amounts of information related to treatments, vaccine development, and patient follow-up.

The emphasis is moving from a large volume of medical records to a “plan-centric” EHR system that represents a business based on value care.

Such a system will need to include a library of plans applicable to different situations and treat conditions that coexist in a patient, such as asthma and arthritis, substance abuse, and depression. These plans should also travel with the patient so they are available to all care team members, including specialists, nurses, pharmacists, and case managers.

An EHR redesign will need to go beyond transaction support and into systems that allow for the generation of intelligent documents, events, and processes that can be tracked and updated. This should help clinicians and patients keep up with the latest advances while promoting a value-based care business model.

We specialise in the development of commercially viable software solutions to integrate EMR systems to device and sensor data.

If you would like to learn more about our capabilities in the EHR space, please get in touch.